1
You have done a nice job with this its great to see a gnome openrc version.

Allas its not without a few niggles
The theme you use really slows things down like opening apps and a delay in closing apps
This is the theme I use Mc-OS-Transparent-1.3  dark theme with a hint of background transparency

I'm glad you enabled Bluetooth out the box as it should be in gnome
Good work keep it up.

2
I was attempting to run decpac generate as root when I discovered this.

FWIW, most people in the Artix TG group use kotatogram-desktop.

On fresh instalation of Artix-Plasma-Runit, kotatogram-desktop also does not work
Quote

Try to boot any Artix ISO on PC without UEFI , that SystemD of a BIOS world

:
either VirtualBox/QEMU, or old PC, or - even better - any PC with an opensource coreboot BIOS with SeaBIOS payload (modern legacy-style BIOS without bloated/backdoored UEFI crap).
Then try to choose the "Installed BIOS-System on" menu entry. You'll get a black square and PC will be forever stuck on it.
Also, in that list once I saw an icon which looked like a "Menu key" 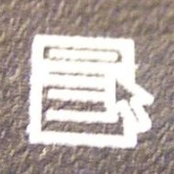 but when you press Enter when this option is selected - nothing seems to happen:
just a screen refreshes and your selection returns on "keytable=us" for some reason.
Same thing for the unselectable empty lines below and above that "Installed BIOS-System on".

If I choose "From CD/DVD/ISO: artix.x86_64" - the LiveCD boots OK and I'm able to install & use Artix,
but it would be nice if someone could fix the LiveCD problems mentioned above

I have a similar situation:

5
I just installed Artix/XFCE/s6.  I tried extracting a file by right clicking it and selecting "extract here".  I got an error message something like there was no program to extract it.  I installed unzip (sudo pacman -S unzip) and tried again with the same result.  However, I was able to extract the file with unzip in the terminal (unzip file.zip) with no problem.  Why won't it work from the right-click menu?
6
Quote

Exporting the path in /etc/s6/current/scripts/rc.init before s6-rc-init is called doesn't work?

I tried that and it didn't work.  s6 logged many messages it was unable to find nix-daemon.

That's a good suggestion, If something goes wrong during the init process I don't have to worry about accidentally running the wrong binary.  The tradeoff is that collisions are more likely when installing packages.

But this is something I'm already dealing with wrt configuration files.  I'll have to give it some thought.
7
I only found it in AUR.
https://aur.archlinux.org/packages/ckbcomp/
8
Hi,
I'm on EFI with a fully encrypted (except ESP) system. I want to change the keyboard layout in the first grub phase, where it asks for the diskpassword.

I'm trying to follow  this answer, but I get

Code: [Select]
Where do I get the ckbcomp command from?

I have grub 2:2.04-7.
9
I did not start with the graphical interface.  No software could be installed from the repos until that was fixed.
10
Well looks like restarting the router fixed it even tough all my other devices worked perfectly. Marking it as solved